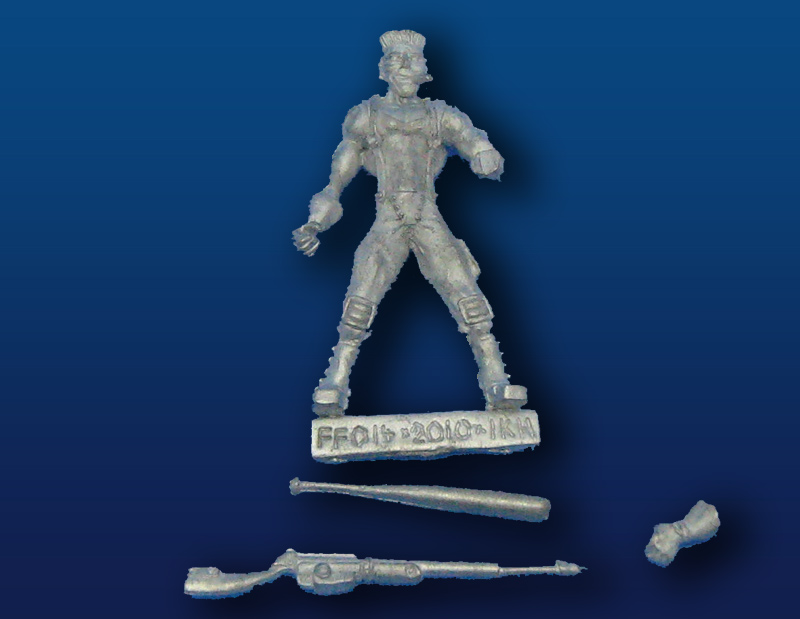 Back to: New & Upcoming

Two years after the Rift, the United Nations unanimously voted to form Special Mission Force with the purpose of stopping the rising Kaiju menace worldwide. Within a few years, Special Mission Force, or SMF, also began to focus its attention on the Beng-Arii Syndicate. Spread thinly on various fronts, SMF now relies on the best of the best soldiers the world has to offer and employs nearly 100 Specialists, each with a skill set unlike anyone else’s. If anyone is up to the challenge of stopping Colossal Kaiju, evil MegaCorps, Undead rising, and alien invasions, it’s Special Mission Force!

Jon Kowalski (aka Line Drive) has been hunting large animals since his youth so when Kaiju started appearing around the globe, his interests were piqued. Line Drive was a member of a team to present the first captive dinosaur to the public’s attention and he has gone toe-to-toe with dragons, Cthulhu, Gourdzilla, and others on various occasions. He loves his job!

Line Drive (aka Kowalski) was originally designed and released by Fiendish Fabrications for use in Kaiju Kaos. When that company closed, we acquired the rights to release this miniature directly. Line Drive requires a standard 28mm slotta base for deployment (not provided).