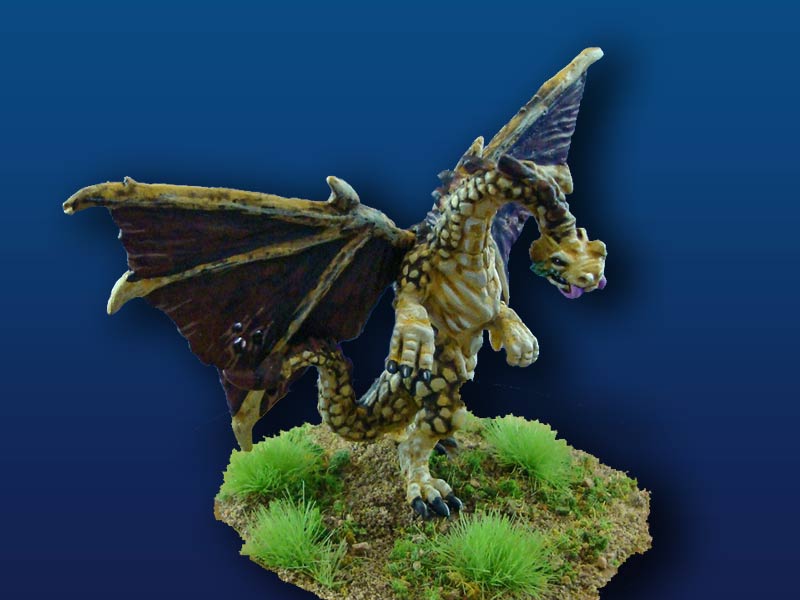 Jabberwock from LOOKING GLASS
Back to: Author VJ Waks-Tau4/Rabbithole Series

"With a horrible gurgling roar, the Jabberwock dove at him, neatly dodging his flashing sword. The beast pulled up suddenly. Its lashing tail swung forward and slammed hard into the Mage’s chest.

The blow sent Cass flying into the air backward. He crashed against a tree trunk then righted himself, slicing open the side of the beast’s tail on his return stroke. An horrific howl erupted from the gaping maw that was the monster’s throat. The Jabberwock whirled about but as the thing turned, Cass’ blade swept in again – and its point pierced and severed the wing tendon at the animal’s shoulder.

With a tumult that echoed throughout the wood, the Jabberwock pitched downward, shearing trees and shrubs as it careened to earth. Cass took to his heels; unable to fly, the creature flailed up and scrambled after; its trailing wing wreaking a swath of destruction through saplings and thickets.

The Mage heard a deafening snap as the jaws closed just behind him. He sprinted forward, weaving a tortuous path among the trees. The thing did not slow – the Jabberwock’s veering head and neck smashed a way through as it toppled trees and split trunks, sending a rain of splinters explosively into the air like kindling."