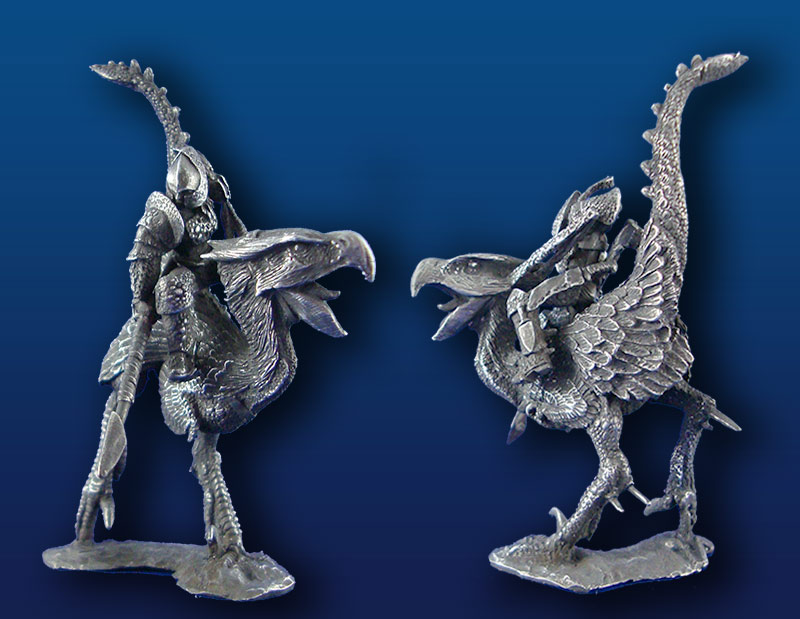 Base price $14.40
Base price for variant $14.40
Variant price modifier:
Base price with tax
Salesprice with discount
$14.40
Discount
Tax amount
Product Description
PALÁN, the Killing Raptor of the Warrior People of Sephis (TAU4, HAMMERSPACE by V.J. WAKS)

"The nails of Gerda's hands suddenly hardened, lengthening as the morph took a step back in alarm and her gaze riveted on the thick concealing brush straight before her eyes, which now  began to sway.

A loud hissing cry pierced the air.  Directly in front of her, the enormous leaves were thrust aside and a tall, bird-like monstrosity stepped unsteadily into the glade.  Short wings, stunted and thick, hung useless at the creature's sides, and its long, heavily muscled legs, scaled and yellow, supported a heavy greenish- feathered body whose long, scaly neck snaked upward three meters above the head of the astonished morph.

She leapt swiftly backward and a soft growl rose from her throat as the thing suddenly pranced forward and gave another low, resonant hiss.

But the steady advance of the creature was abruptly halted by what seemed to be a man, mounted on an ornate saddle which was positioned squarely on the back of the thing.

As its bright violet eyes glittered at her, the beast hissed again, more angrily this time, and tossed a head that was covered with darker greenish scales, a head in whose sharp, leathery, beak-like mouth was an apparatus that resembled nothing so much as a simple bridle.

And Gerda stared in wonder at the rider who controlled this unbelievable mount.  Garbed in livery that both camouflaged and delineated his form, his muscular arms worked expertly, pulling hard at the tough, rigid jaws of the obdurate creature that struggled beneath him, as with his persistent efforts, he finally forced it to stop.  A visor of richly worked and coloured leather, shaped cleverly to mimic the head of his mount, completely enclosed the face of the rider and as he peered intently at the morph through the slits ingeniously cut in its face, Gerda caught the flash of eyes.

Tau stood motionless.  For, resting across his arm, the rider held a long spear-like weapon, one that looked entirely capable of generating a sizeable and possibly lethal, energy pulse.

And which he now seemed to point directly toward her."