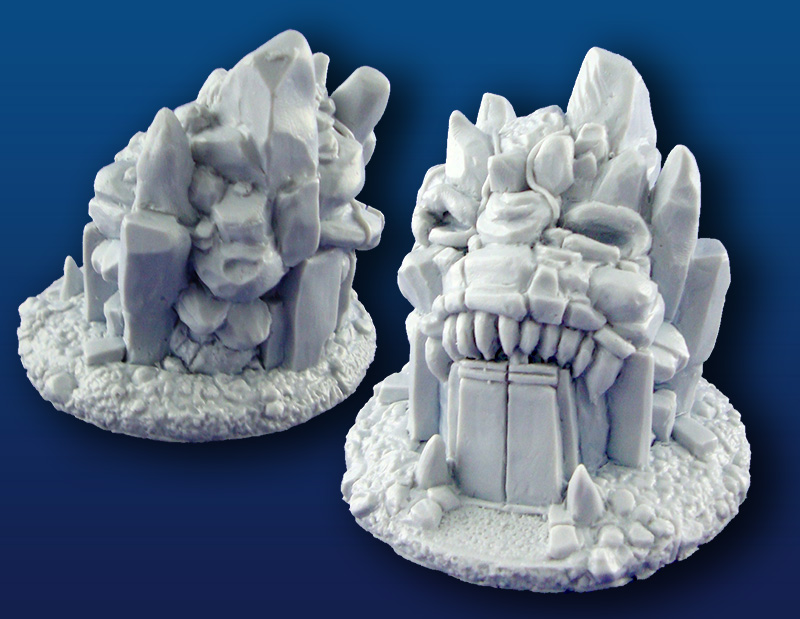 Legend has it, the Tomb of Andvari is where the famous Dvergar (Norse dwarves associated with rocks, the earth, deathliness, luck, technology, craft, metal work, wisdom, and greed) named Andvari is buried.

According to legend, when the trickster Loki needed to pay a ransom to the magician Hriedmar for the killing of his son Ótr, he decided to steal Andvari's gold. Andvari, fearful of having his treasure taken, hid in a waterfall, having taken the form of a pike. Loki caught Andvari and demanded his gold. The dwarf complied and gave Loki all the gold except for one ring. In an effort to keep the ring, Andvari placed a curse upon it and all who would possess it. Infuriated and unconcerned with the curse, Loki took the ring.

The ransom Loki agreed to pay Hriedmar was to completely cover Otr's body with gold. This outlandish demand required all the gold stolen from Andvari. Otr’s final eyelash was covered with the cursed ring.

Meanwhile, Hreidmar's oldest son, Fafnir becomes obsessed with the treasure, kills his father and turns into a dragon to guard the treasure from his brother Regin. Years later, Regin shows Sigurd how to kill Fafnir and take the treasure for himself. He does so, and the kills Regin. The treasure eventually leads to Sigurd's own downfall.

Penniless, Andvari builds himself a tomb of rock and seals himself inside never to be heard from again. His last act before being buried alive, is to cast a spell on the stone around the tomb, creating a guardian Rokk Monster that will ensure that no one ever opens the Tomb of Andvari.