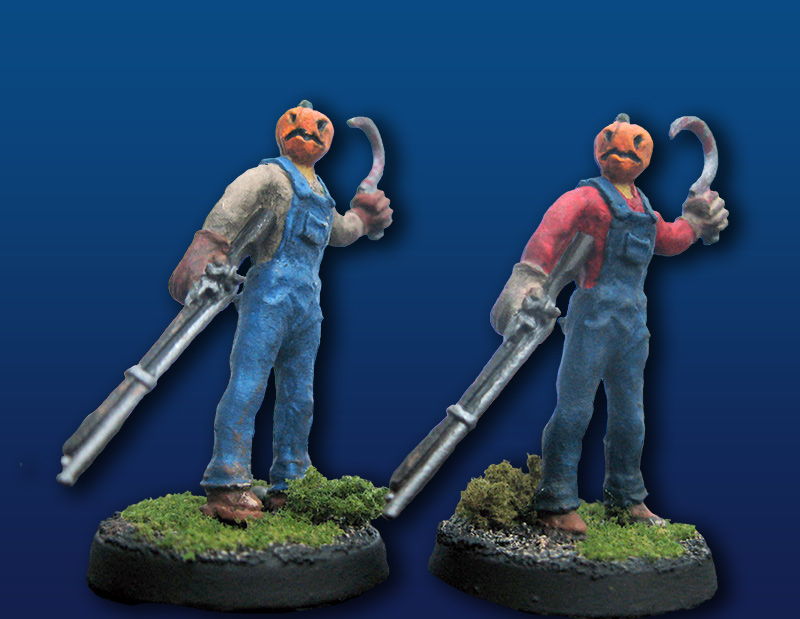 Sinister_Scarecr_4f91c1dad0402.jpg
Back to: Kaiju Kaos

Assault Rifle Scarecrows
After a decade of warring, Silas started looking for ways to gain the upper-hand against his numerous enemies. Finding success with the Assault Rifle Specialist known as Crusoe, Silas began trapping the souls of deceased marksmen and snipers, creating as many Assault Rifle Troopers and Specialists in his army as he could find slain enemies.