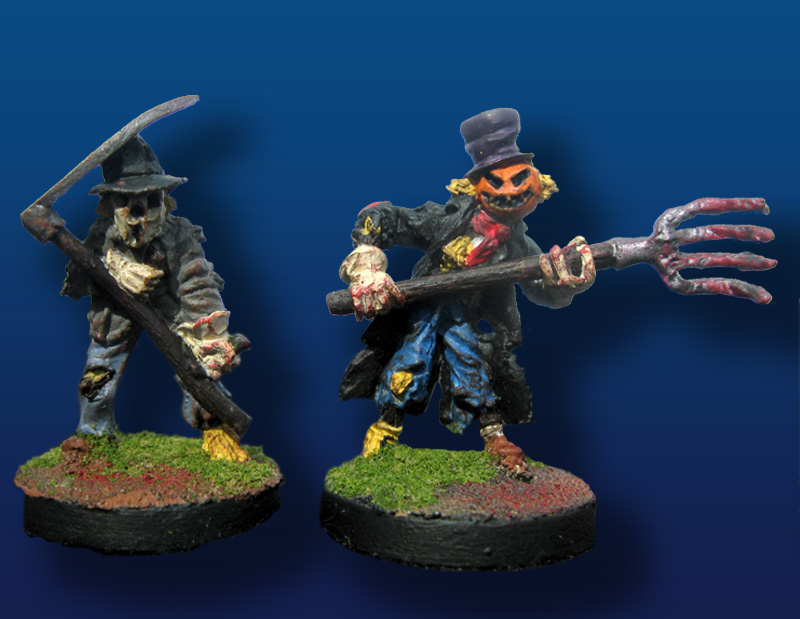 Sinister_Scarecr_4f861ba8b43d4.jpg
Back to: Kaiju Kaos

Description: With the Talisman of Camulos, Silas is able to trap lost souls in objects such as scarecrows and pumpkins, and animate them. Silas originally used his animated minions to work as field hands but after tragedy struck, he armed his legion of Sinister Scarecrows and declared war on the Wicked Werewolves.

The Scythe Trooper and Pitchfork Trooper are just two of many grunts in Silas’ army.