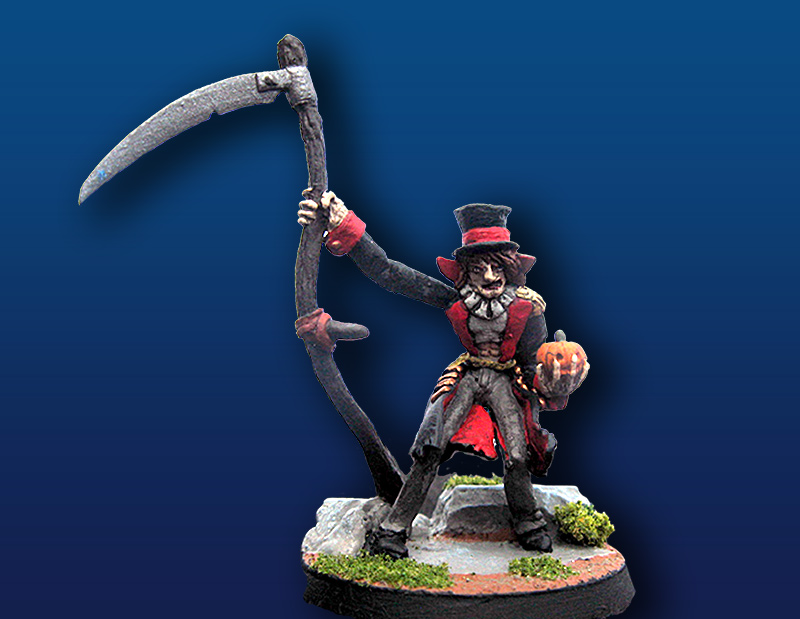 April 1, 2003: The Rift, a tear in the fabric of the space-time continuum, causes tectonic movements, and volcanoes around the globe begin to erupt. Ash and lava claim the lives of millions. Ten miles off the shores of Argentina, a small island emerges from the sea offsetting the tidal patterns and shipping lanes throughout the general vicinity. Immediately politicians, paramilitaries, prospectors, and businesses begin bidding on ownership of this potential new island nation. The press dubs the island “Rift Island”. The energy of the Rift awakes many dormant supernatural powers and creatures across the globe and causes temporary blackouts in major metropolitan areas.

2004: Silas discovers the Talisman of Camulos that increases his powers. Silas is now able to trap lost souls (the life essence of recently deceased people trapped between Heaven and Hell) in objects such as scarecrows and pumpkins, and animate them. Silas uses these powers to bolster his crops by making heartier produce and using his animated minions to work as field hands.

2005: Magnus Beng, now a werewolf, attacks Molly Murphy. Her husband, Silas, decapitates the werewolf and channeling his powers over the dead, traps Magnus’s soul into a large pumpkin that becomes known as the first Gobbler monster. Infuriated, Silas then arms his scarecrow workers and declares war on the Wicked Werewolves.

Silas Murphy (aka the Pumpkin Whisperer) has the enchanted ability to trap lost souls of the Living within inanimate objects such as scarecrows and pumpkins. Silas raised his personal army of Sinister Scarecrows to combat the Wicked Werewolves responsible for his wife’s death. While not the most powerful army in weaponry or Size, the Sinister Scarecrows are large in numbers and are skilled in close quarters, plus they are a truly horrifying sight to see on the battlefield.


The Sinister Scarecrows were originally sculpted and released by Fiendish Fabrications for use with Kaiju Kaos. In late 2011, Bailey Records purchased the rights and sculpts to these figures, remolded them, and now produce and distribute them through Acheson Creations.