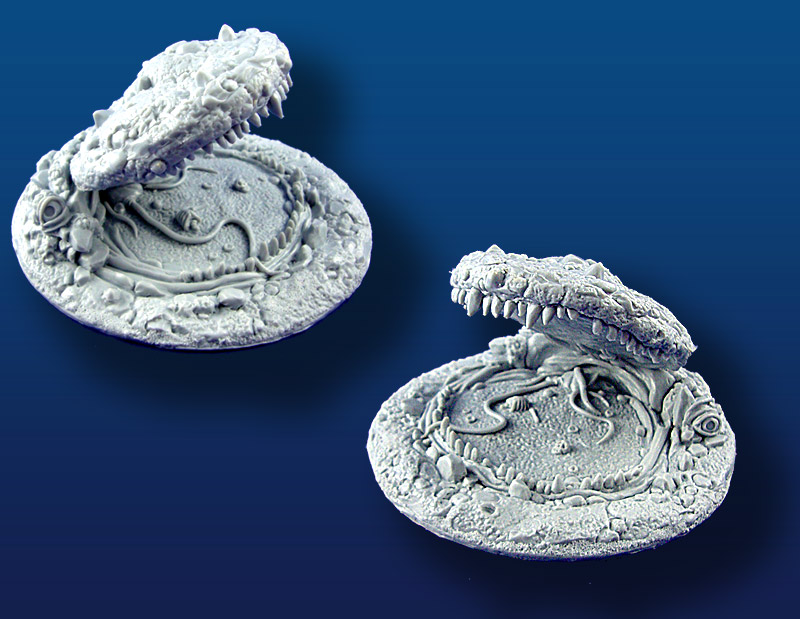 Not every Kaiju formed by the Rift is made of flesh and blood. The Everfolk are a loosely-knit group of sentient plants and earth elementals. Some are diminutive while others tower over everything else on the battlefield. Most Everfolk are not much interested in fighting but are focused on the preservation of the environment around them. Most Everfolk consider themselves to be neutral, serving only Mother Earth, but a few have stepped up to take a more heroic stance against the forces of evil and destruction. Still others have become polluted by self-preservation and the promise of greener pastures and have aligned themselves with the very darkness their brethren fight.

Rokkjaw is a giant, prehistoric rock monster. He is a member of the Everfolk and guardian of Earth, although his motives are usually self-serving. The Rift awoke Rokkjaw from his deep slumber and now the kaiju lies waiting for unsuspecting prey to feed upon. Rokkjaw cannot move on his own but can be carried and thrown as a boulder.