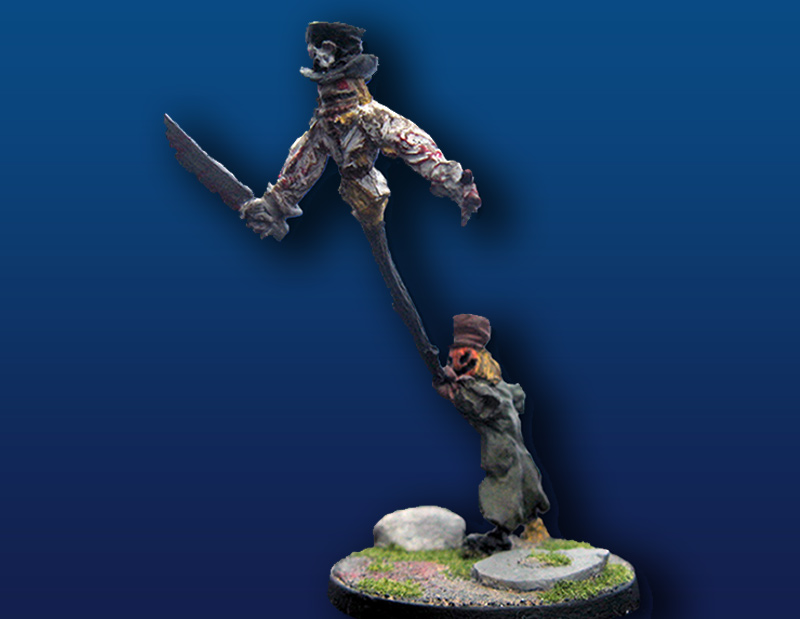 Description: Silas Murphy (aka the Pumpkin Whisperer) has the enchanted ability to trap lost souls of the Living within inanimate objects such as scarecrows and pumpkins. Silas raised his personal army of Sinister Scarecrows to combat the Wicked Werewolves responsible for his wife’s death. While not the most powerful army in weaponry or Size, the Sinister Scarecrows are large in numbers and are skilled in close quarters, plus they are a truly horrifying sight to see on the battlefield.

Rag & Tag, Scarecrow Standard Bearer
The Standard Bearer has a burden unlike any other. He enters every battle in full declaration of horrific things to come, and does so unflinchingly. The Standard of Silas’ army is an animated scarecrow, as is the one carrying it into battle. Should either be eliminated, the other will go on to the best of its ability, leading the Sinister Scarecrows to victory!