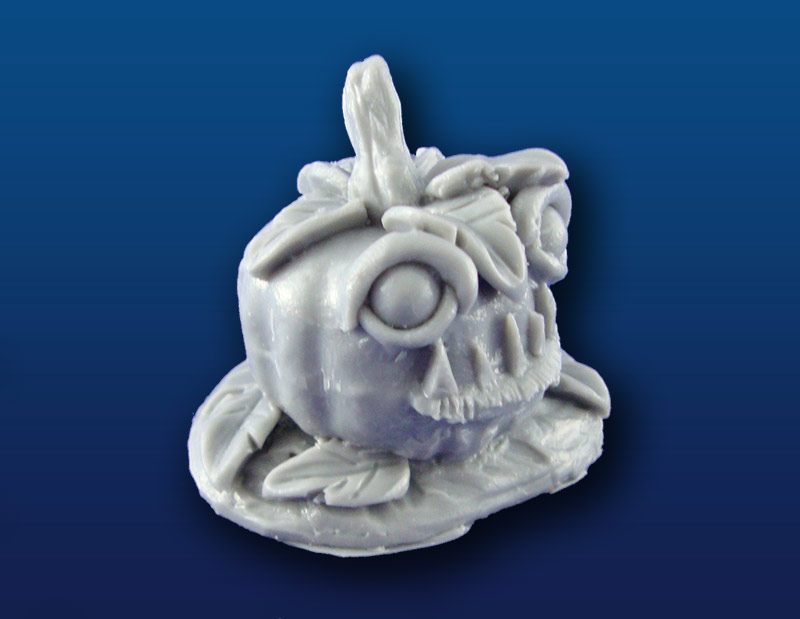 Pumpkin_Muncher_4f179dde3ea2f.jpg
Back to: Kaiju Kaos

Silas Murphy (aka the Pumpkin Whisperer) has the enchanted ability to trap lost souls of the Living within inanimate objects such as scarecrows and pumpkins. Silas raised his personal army of Sinister Scarecrows to combat the Wicked Werewolves responsible for his wife’s death. While not the most powerful army in weaponry or Size, the Sinister Scarecrows are large in numbers and are skilled in close quarters, plus they are a truly horrifying sight to see on the battlefield.

With the Talisman of Camulos, Silas is able to trap lost souls in pumpkins and animate them. When the Rift awoke Kaijin and Kaiju of various sizes, Silas decided to bolster his army of Sinister Scarecrows with giant pumpkin monsters known as Munchers and Gobblers. Munchers are a reliable addition to Silas’ army – especially with their special steamroll move.

All Kaiju Kaos miniatures are designed for play with other 28mm (1:56 scale) gaming miniatures. Pumpkin Munchers are Size 2 Giants which means they have a 2 inch diameter base. Munchers stand roughly 1.5 inches tall.

Complete game stats for Pumpkin Munchers can be found in Kaiju Kaos – The Miniatures Game, Basic Rules and supplements at WargameVault.com (WargameVault.com)