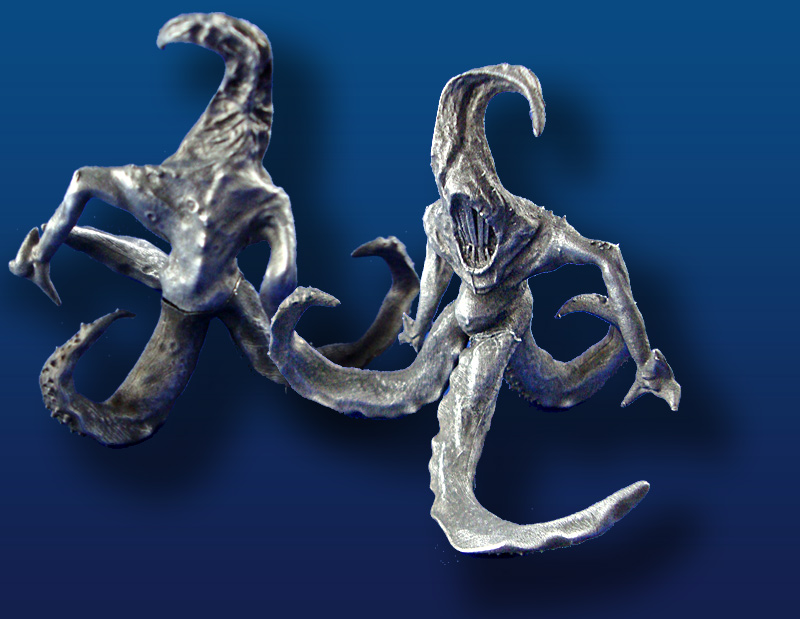 Description:
The Bloody Tongue are a true abomination. They are giant crawling monsters of chaos and destruction that were once human but after giving their souls over completely, were transformed into the likeness of their master, Nyarlathotep. Unwaveringly loyal, the Bloody Tongue serve Cthulhu and his army of Eldritch Horrors to death and beyond!

Nyarlathotep is often disguised as a tall, slim, joyous human male, although he has many other forms, most reputed to be maddeningly horrific. He delights in cruelty and while the other Outer Gods and Great Old Ones are often described as mindless or unfathomable, he is deceptive and manipulative, cultivating followers and using propaganda to achieve his goals.