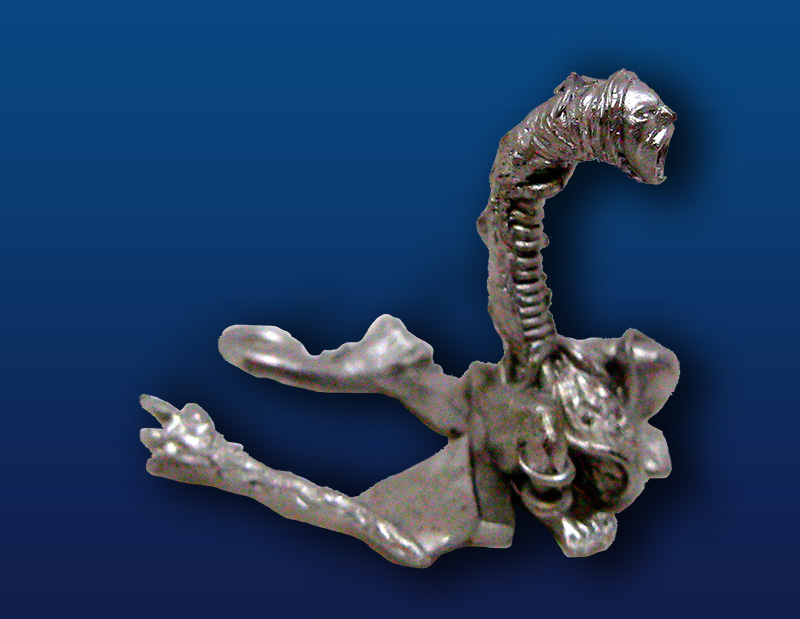 Not every Kaiju formed by the Rift is made of flesh and blood. The Everfolk are a loosely-knit group of sentient plants and rock creatures. Some are diminutive while others tower over everything else on the battlefield. Most Everfolk are not much interested in fighting but are focused on the preservation of the environment around them. Most Everfolk consider themselves to be neutral, serving only Mother Earth, but a few have stepped up to take a more heroic stance against the forces of evil and destruction. Still others have become polluted by self-preservation and the promise of greener pastures and have aligned themselves with the very darkness their brethren fight.
Sprinting Thrashers are nasty weed-like creatures that follow the whimsical commands of Flora the Dryad. These vile creatures are the embodiment of darkness and decay that have polluted Mother Earth through humanity’s efforts to combat the Kaiju threat. Sprinting Thrashers race around the fields and forests, hunting their victims and spitting paralyzing poison breath before devouring their prey.

Flora the Dryad was originally designed and released by Fiendish Fabrications for use in Kaiju Kaos. When the company closed, we acquired the rights to produce and release this miniature directly. Flora the Dryad requires a standard 28mm slotta base for deployment (not provided).